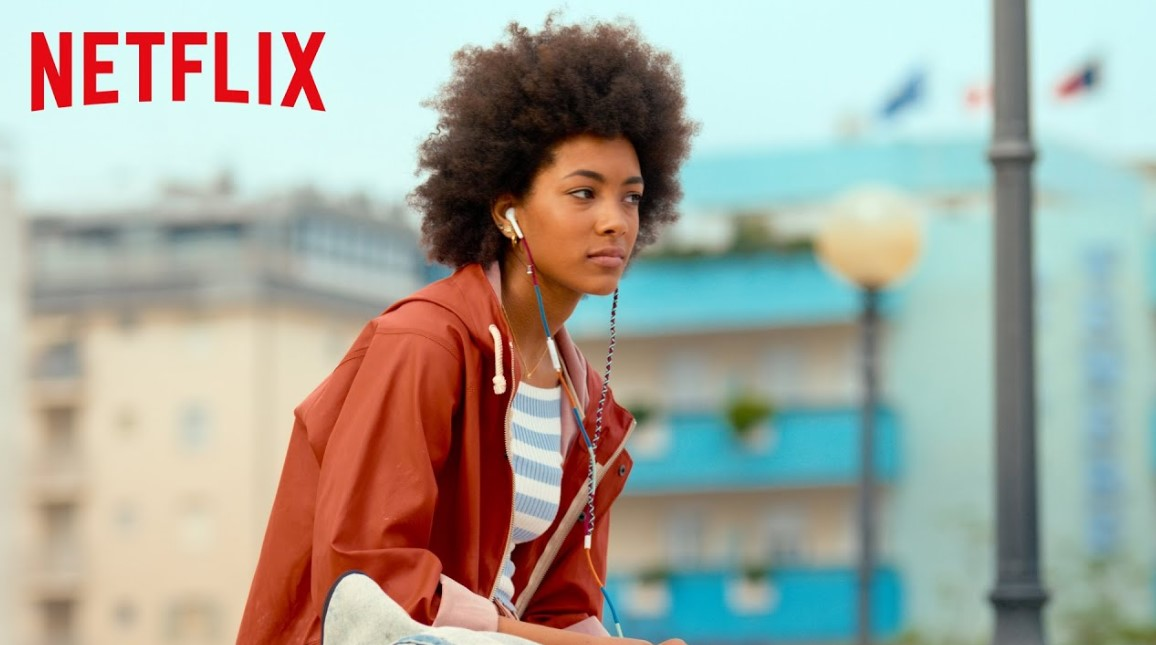 Blackness on television is being refashioned in a way that is resonant.

Today, black female characters on mainstream television networks are deep and fully constructed, and what they are wearing tells an even more dynamic story.

“I look at clothing as physical psychology,” said Apuje Kalu, a celebrity fashion and wardrobe stylist.

In the pilot episodes of two new series, Netflix’s “Summertime” and HBO’s “I May Destroy You,” we get to see how fashion, in the current entertainment landscape that Kalu calls a ” black renaissance”, is used as an accoutrement for complex portrayals of black feminine identity.

Both shows are centered around young women of African descent, who each have a gravitational, albeit somewhat quirky, sharpness and transcendent beauty, as they navigate personhood in Europe in the least tidy of circumstances. 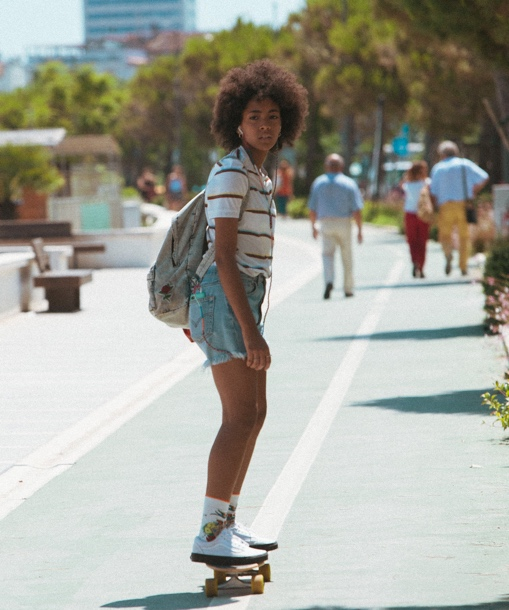 “Summertime” follows Summer, played by the magnetic Coco Rebecca Edogamhe, a bi-racial teenager in Cesenatico, Italy who hates the season that bears her name.

The show’s cinematography is drenched in warm, sun bathed hues and a luminosity that is only maximized by her gravity defying and lustrous tightly coiled coiffure.

When we first meet Summer, she is skateboarding down the street wearing a red parka, a yellow top that looks like a bathing suit, cut-off jeans in light wash and white leather vans with black soles.

The steadiness of her skateboard and the distressed fabrication of her backpack gives the audience a gateway into her disposition as a headstrong teenager who moves at her own pace, but well within reason.

This is made even more apparent when we see her adeptly rush through an exam so that her best friend can copy her, presumably correct, answers. In this scene she wears a multi-colored t-shirt, which has a large yellow and blue square on a white base with burgundy sleeves, with coordinating shorts in mustard that is copacetic in how it complements the yellow square.

The meticulous color scheme of this outfit speaks to Summer’s precociousness and maturity, she is put-together, something we see firsthand as she watches the young people around her be carefree while she acts as a stern surrogate guardian to her younger sister and a labored support system to her errant mother.

But it also boasts a playfulness that identifies a longing for a chance to be just as wild and free as her counterparts.

This tension is crystallized at a pool party that Summer’s best friend guilts her into attending.

That she refuses to undress at the party – a thumping affair laden with sexual tension and ear numbing electronic dance music – illustrates how her clothing is her armor and a symbol of her sometimes misguided and preventive obstinacy.

Conversely, she’s disarmed when she puts on the hoodie given to her by her imminent love interest Alessandro – a rugged and emotionally damaged motor-cross racer – after she is accidently thrown in the pool by his ex-girlfriend.

In one of the episode’s final scenes, we see Summer skateboarding down the street wearing a loose-fitting Lacoste t-shirt with horizontal stripes sloppily tucked into a pair of cut off shorts, just a few inches above the knee, with high socks that bear graphics of animated figures and her signature two-toned vans.

This ensemble is pre-pubescent but streamlined, emblematic of a child hanging on to youth while battling wisdom beyond her years.

Summer is a dichotomy of two competing ideologies: carefree but sensible, which is perfectly captured in the final frame of the episode. It is here that we get a close up of her, at a job interview to be a hotel concierge, deep in adolescent pensiveness as she thinks about the chance encounter she has just had with Alessandro, who she bumped into on her way into the hotel manager’s office. There is a playfulness that is shrewdly undercut by sophistication and underlined by her style, an ever-present signifier for her character.

Check out part 2 of our Ujuu story coming this week.

Get notified about exclusive offers every week!